The legend of Devil's bridge

Here, I am going to explain you the myth of the Devil's Bridge of Martorell, in Barcelona, Spain.

I have downloaded a scientific article about the legend of Devil Bridge at Google Scholar.

You can read the article by Dr. Carme Oriol from the university Rovira I Virgili here

Here's how you can see images from Devil's Bridge legends from diferents countries:

Mainly I will explain:

Of Roman origin, it was part of the Via Augusta, being built around 10 b.C. to be traveled by bullock carts, with a length of 130 meters, with a wide and practically horizontal road, as can be seen at the ends , and with a pile in the middle of the river bed.

From the Roman times the abutments of the bridge are preserved, made with large ashlars, with inscriptions of the legions that worked (legions X Gemina, IV Macedonica and VI Victrix), and an honorific triumphal arch on the left bank, probably from the second century. Until the 14th century it was the only bridge in the "Baix Llobregat, España".

The bridge was destroyed by the river, which carried away the central pier, being documented a reconstruction in 1143. Later it was rebuilt as a Gothic bridge with a single arch, work begun in 1283 and finished around 1295, under the direction of Bernat Sellés, with two pointed arches, the largest 21 meters high and 43 wide, to avoid the effect of floods. The new profile and the smaller width were no longer suitable for road traffic, but they were suitable for transporting pack animals, much more used in the Middle Ages.

It was restored in 1768 by the military engineer Juan Martín Cermeño. In January 1939, the central arch was destroyed by the retreating People's Army of the Republic, being rebuilt in 1963, maintaining the Gothic structure of the 1283 reform.

The legend of this bridge tells the story of an old woman who had to cross the river every day to fetch water from the source on the other shore. She was already very old and was not up to those trots. Jumping from stone to stone, getting his feet wet had already brought him more than one displeasure.

One morning, when he was along the shore, about to cross the river, the Devil appeared to him, who was a very careful businessman.

"What are you doing crossing the river in this way?! With my great power, I will make you never have to cross it again!"

-How? –Asked the surprised old woman.

"Give me one night, and I will build you the most beautiful bridge you have ever seen."

"Do you doubt my word?" –Answered the Devil– And it won't cost you a real. I am satisfied with keeping the soul of the first to cross the bridge.

The old woman, tired of having to cross the river every day, accepted the deal.

The devil was working all night and when the first rays of the sun appeared behind the Telegraph Tower the great bridge was finished.

The Devil, hidden behind the arch of the bridge, on the other shore, waited for the old woman to arrive, so that she would pass the bridge in search of water and thus be able to keep her soul. But things did not turn out as he expected.

When the old woman reached the bridge, she took the apron out of the basket that was hanging from her arm. From inside the basket came out a black cat like coal, that startled began to run up the bridge.

And that's how it is, as from that day on, the old woman and everyone else can cross the bridge without fear while the Devil looks at us, helplessly, next to the soul of a cat. 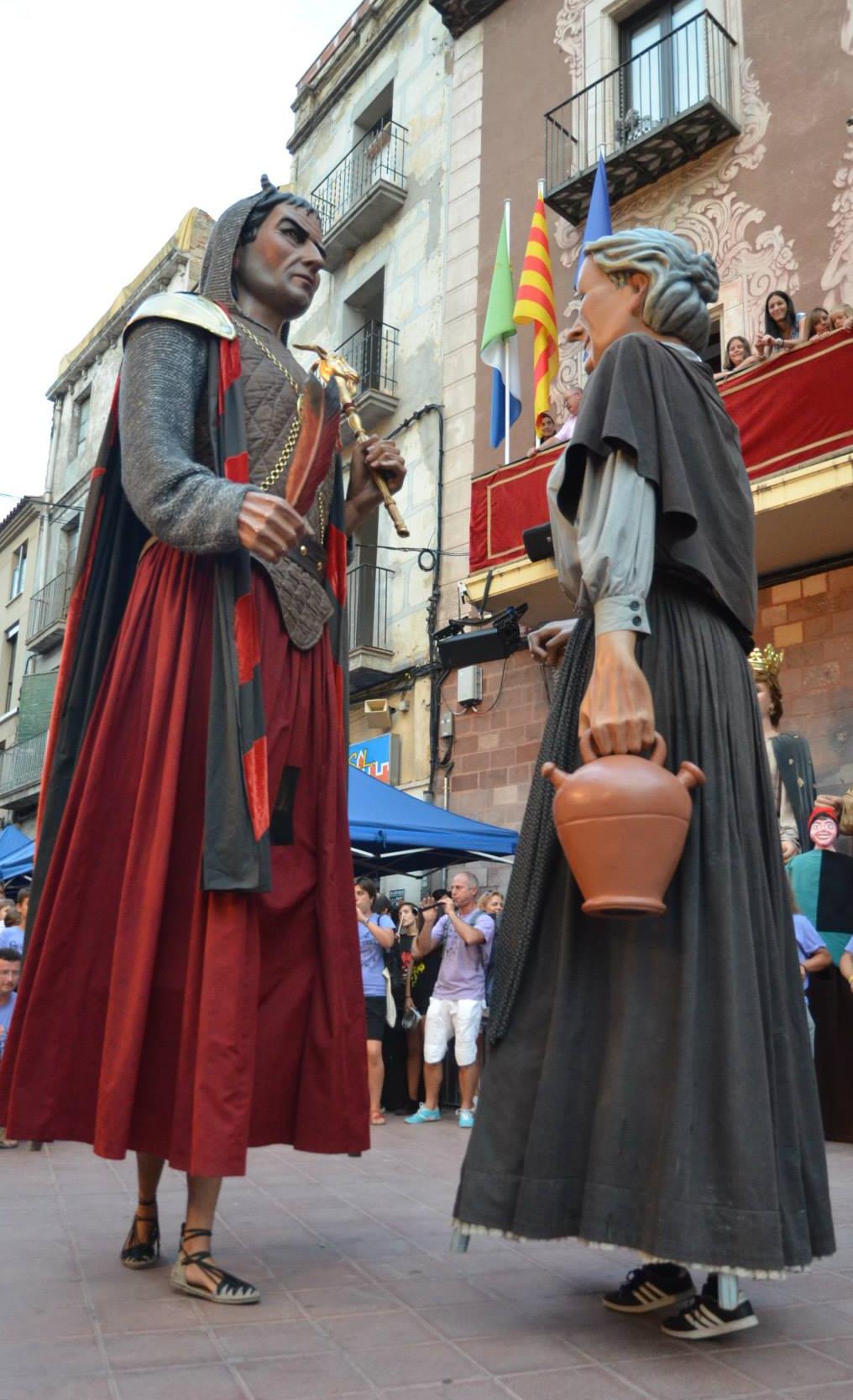 Now this story is remembered with a beautiful dance represented by the characters of this myth, the devil and the old women.

3. Where is this town currently located?

This happens in Martorell, a town that is 30 km from Barcelona in Spain 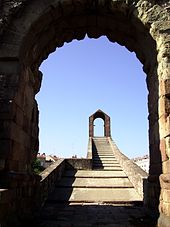 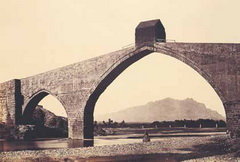 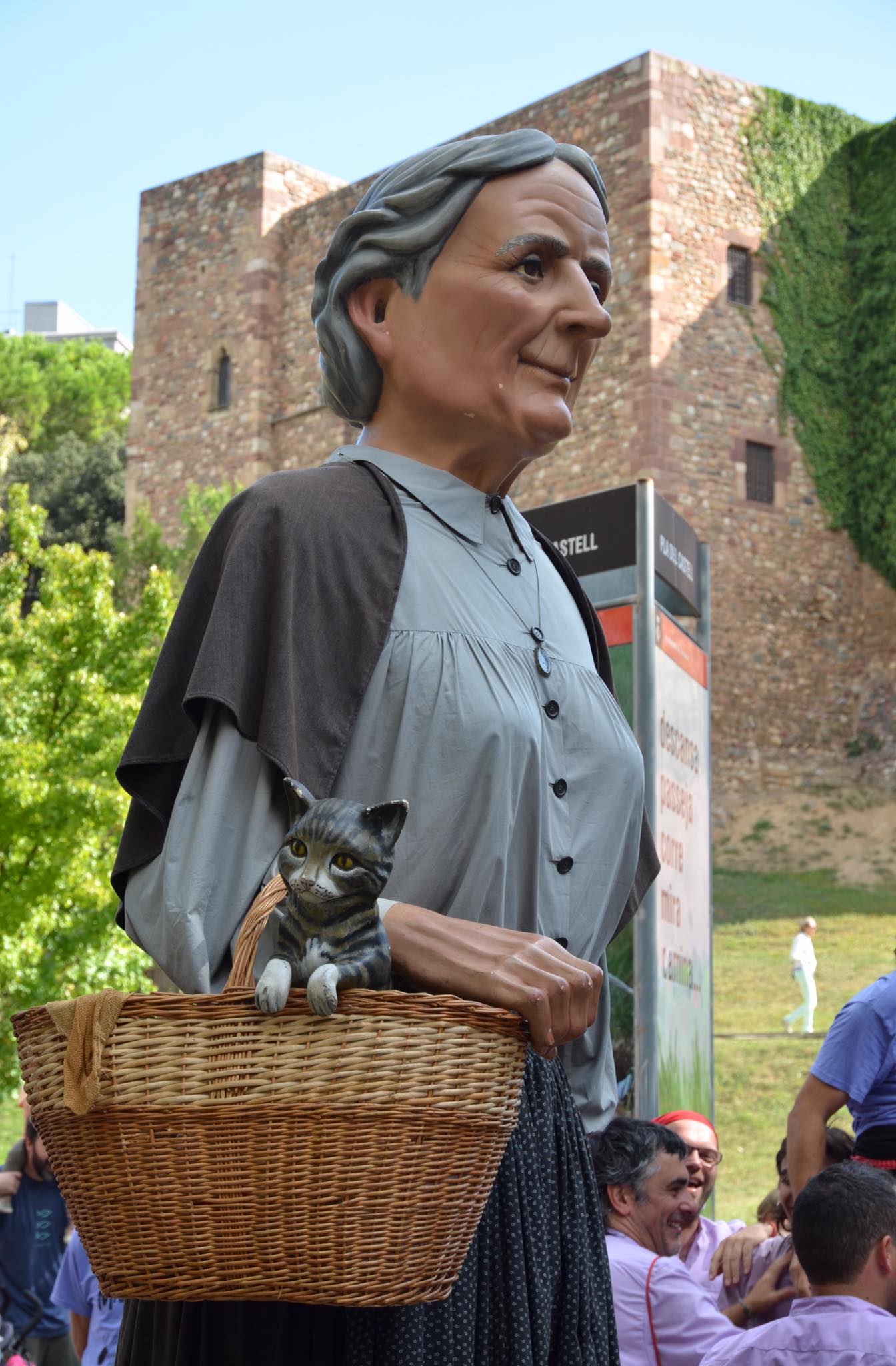